The Alpine chamois lives at an altitude of 2000m (6000ft). The stalking is in areas of great beauty and is very exciting. The hunting season is from 1st July to the 31st December and it is quite possible to watch herds of 30-40 chamois.

As winter comes very early, with much snow, the chamois move to the lower regions at that time of year. They have black fur and the males have long and strong hair along their backline, which can be taken as a trophy, bound together to create the famous “Gamsbart” and hunters wear these in their hunting hats.

The dark black fur and the “Gamsbart”, are close to the horns – called “Krucken”, which male and female chamois grow, again as part of the trophy.

The real chamois hunter prefers the female -called “Gais” – than the male, because it is more rare and much more difficult to hunt.

The summer coat is light brown and the winter coat is very dark brown to black, contrasting sharply with the white areas of head, throat and rump, with a dark facial mask, which is very pronounced.

The chamois (Rupicapra rupicapra) is a goat-antelope species native to mountains in Europe, including the Carpathian Mountains of Romania, the Pyrenees, the European Alps, the Tatra Mountains, the Balkans, parts of Turkey, the Caucasus, and the Apennines. The chamois has also been introduced to the South Island of New Zeland. Some subspecies of chamois are strictly protected in the EU under the European Habitats

As their meat is considered tasty, chamois are popular game animals. Chamois have two traits that are exploited by hunters: the first is that they are most active in the morning and evening when they feed; the second is that they tend to look for danger from below, which means that a hunter stalking chamois from above is less likely to be observed and more likely to be successful.

The tuft of hair from the back of the neck, the gamsbart (chamois “beard”), is traditionally worn as a decoration on hats throughout the alpine countries. 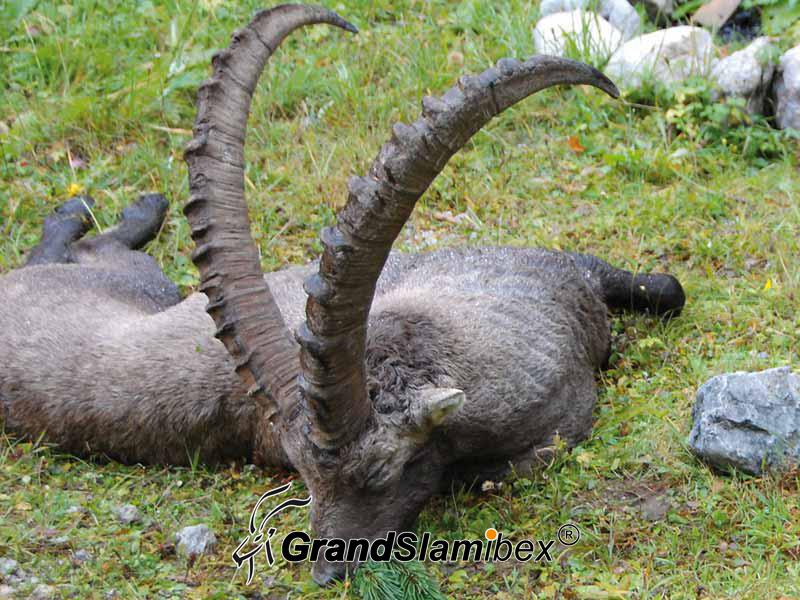