You can book with Grand Slam Ibex your hunting trip to hunt Balkan chamois in Macedonia. Macedonia is a great country for hunters who are looking for a wide range of European big game, like mouflon, red stag, roe deer, fallow deer, brown bear or wild boar. 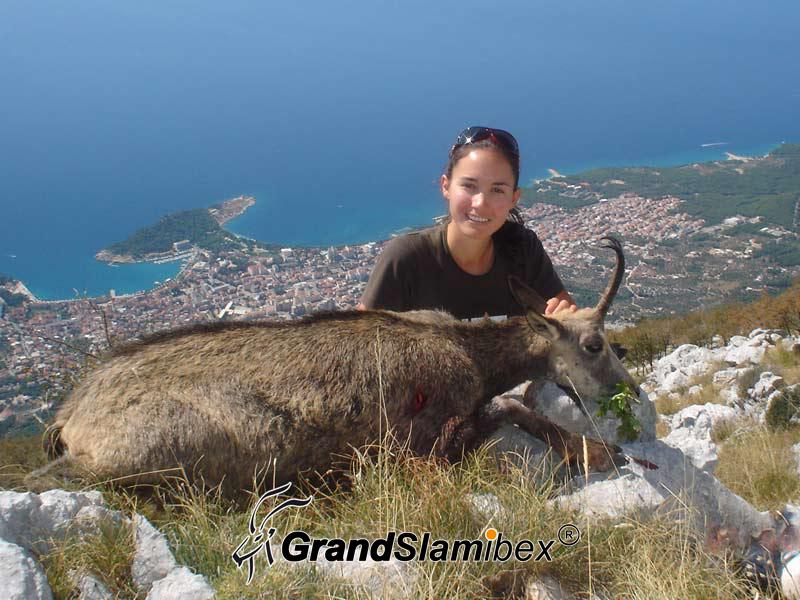 Today, Macedonia is a modern republic on the Balkan Peninsula and has always been a crossroads, connecting Christian Europe and the mystical Orient, which made this land an unequalled patchwork of cultures.

Macedonia’s treasures are a mixture of cultures and it is not unusual to find antiquities from every stage of history, spread to every corner of this tiny landlocked country. Today it has all the amenities you would expect of the modern day world as well.

Its cultural treasurers are only outdone by the abundance of the types of indigenous and introduced game animals and the country is also blessed with a wealth of wildlife. A number of different animals can be hunted on a single trip in its mountains and it is the destination of a large number of trophy hunters.

Slavic peoples settled in the Balkan region including Macedonia by the late 6th century. During the 580s, Byzantine literature attests to the Slavs raiding Byzantine territories in the region of Macedonia, later aided by Bulgars. Historical records document that in c. 680 a group of Bulgars, Slavs and Byzantines led by a Bulgar called Kuber settled in the region of Keramisian plain, centred on the city of Bitola Presian’s reign apparently coincides with the extension of Bulgarian control over the Slavic tribes in and around Macedonia. The Slavic peoples that settled in the region of Macedonia converted to Christianity around the 9th century during the reign of Tsar Boris I of Bulgaria.

In 1014, the Byzantine Emperor Basil II defeated the armies of Tsar Samuil of Bulgaria, and within four years the Byzantines restored control over the Balkans (including Macedonia) for the first time since the 7th century. However, by the late 12th century, Byzantine decline saw the region contested by various political entities, including a briefNorman occupation in the 1080s.

In the early 13th century, a revived Bulgarian Empire gained control of the region. Plagued by political difficulties, the empire did not last, and the region came once again under Byzantine control in the early 14th century. In the 14th century, it became part of the Serbian Empire, who saw themselves as liberators of their Slavic kin from Byzantinedespotism. Skopje became the capital of Tsar Stefan Dusan’s empire.

Following Dusan’s death, a weak successor appeared, and power struggles between nobles divided the Balkans once again. These events coincided with the entry of theOttoman Turks into Europe. The Kingdom of Prilep was one of the short-lived states that emerged from the collapse of the Serbian Empire in the 14th century. Gradually, all of the central Balkans were conquered by the Ottoman Empire and remained under its domination for five centuries.