You can book with grand slam Ibex your hunting trip to hunt Carpathian chamois in Romania. Romania is a great country for hunters who are looking for a wide range of European big game. like mouflon, red stag, roe deer, fallow deer, brown bear or wild boar. 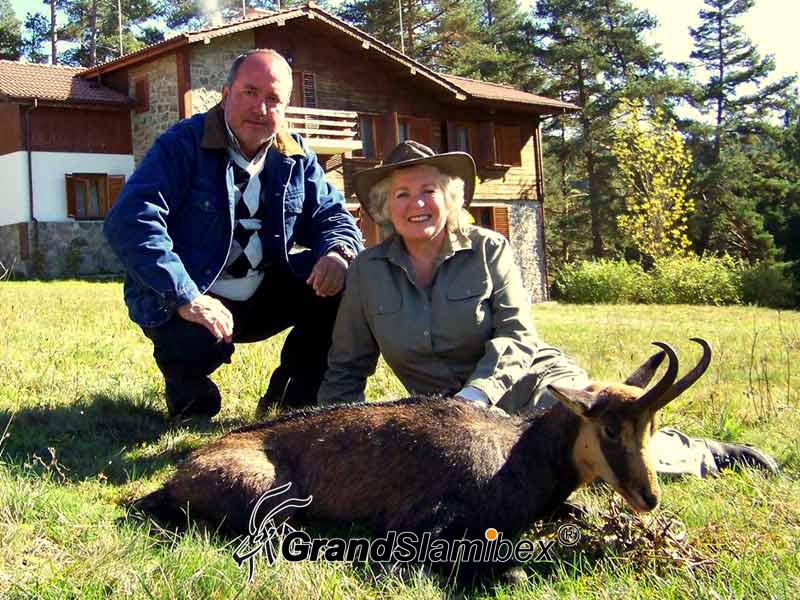 Romania is located between Central and Eastern Europe and has a rich tapestry of touristic attractions which only a few other countries, in this region can offer. There are big castles, charming medieval villages and painted monasteries, all hidden away in deep Carpathian forests, still with matchless displays of cultural and artistic treasures, in this fast moving, changing and booming country.

With its stunning mountain scenery and distinctive architecture, Transylvania is by far the most inspiring and romantic province of Romania and its numerous castles gives you an idea of the country’s medieval past.

As for the trophy hunter, Romania’s main attraction has always been its huge diversity of wildlife. Almost half of Europe’s bear population, a third of its wolves and again, a third of its lynx roam, freely here in the huge forests and mountains of this country.

Romania today is available to everyone, who wishes to pursue the biggest bears in Europe and the largest subspecies of chamois. You will also get to stay in first class hotels, drink the local wine, enjoy the culture and satisfy your passion for big game hunting in this mystical country.

Transylvania has been dominated by several different peoples and countries throughout its history. It was once the nucleus of the Kingdom of Dacia (82 BC–106 AD). In 106 AD theRoman Empire conquered the territory, systematically exploiting its resources. After the Roman legions withdrew in 271 AD, it was overrun by a succession of various tribes, bringing it under the control of the Carpi (Dacian tribe), Visigoths, Huns, Gepids, Avars and Slavs. From 9th to 11th century Bulgarians ruled Transylvania. It is a subject of dispute whether elements of the mixed Daco–Roman population survived in Transylvania through the Dark Ages (becoming the ancestors of modern Romanians) or the first Vlachs/Romanians appeared in the area in the 13th century after a northward migration from the Balkan Peninsula. There is an ongoing scholarly debate over the ethnicity of Transylvania’s population before the Hungarian conquest.

The Magyars conquered much of Central Europe at the end of the 9th century. According to Gesta Hungarorum, Transylvania was ruled by Vlach voivode Gelou before the Hungarians arrived. The Kingdom of Hungary established a partial control over Transylvania in 1003, when king Stephen I, according to legend, defeated the prince named Gyula.Transylvania was occupied by Hungarians in several stages between the 10th and 13th centuries Between 1003 and 1526, Transylvania was avoivodeship in the Kingdom of Hungary, led by a voivode appointed by the King of Hungary. After the Battle of Mohács in 1526, Transylvania became part of the Kingdom of János Szapolyai which, in 1571, was transformed into the Principality of Transylvania ruled primarily by Calvinist Hungarian-speaking princes. However, several ethnic groups lived in this principality the most numerous being the Romanians, along with a significant German minority. For most of this period, Transylvania, maintaining its internal autonomy, was under the suzerainty of the Ottoman Empire.